Questions? Email referendum@wayzata.k12.mn.us, leave a message on the referendum hotline at 763-745-5050 or watch the Referendum Information Session which was held on Wednesday, January 22, 6:30 p.m., at Wayzata High School, 4955 Peony Lane, Plymouth.

The Wayzata School Board voted unanimously to place two school funding questions before voters at a special election on February 25, 2014. The referendum is in response to unprecedented growth from new housing developments, increasingly larger classes moving from the middle schools to Wayzata High School and the recent addition of state-funded, all-day Kindergarten beginning in the fall of 2014 that are impacting district facility needs.

If voters approve the ballot questions, the tax impact on the average Wayzata homeowner ($333,900 value home) would be approximately $10/month for the bond issue. There would be no tax increase for the technology levy renewal.

The demand to attend Wayzata Public Schools has never been greater. The district's K-12 resident student enrollment is anticipated to increase twice as fast in the next 10 years as it has in the past decade. This growth and need for more capacity is due to: 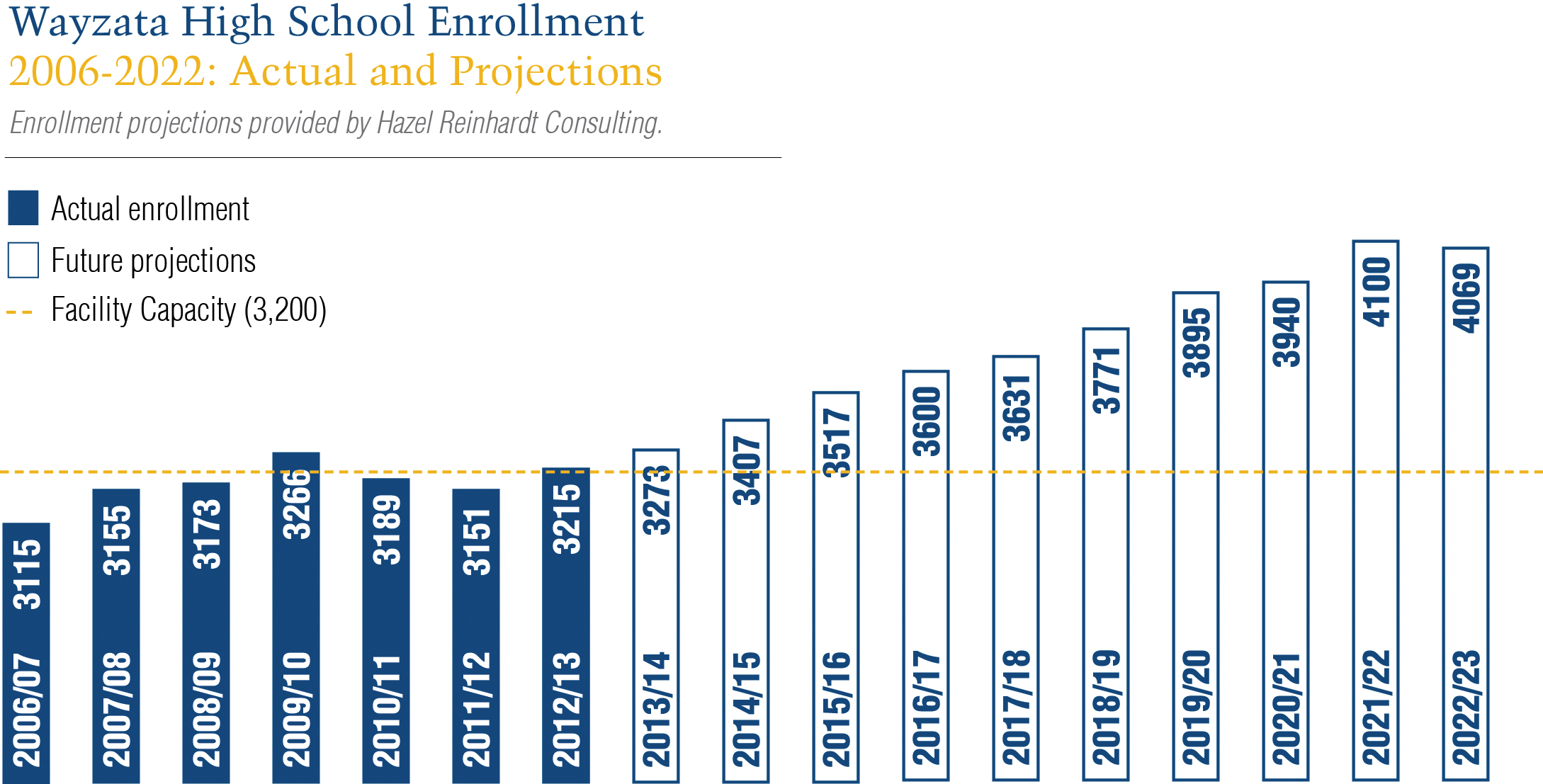 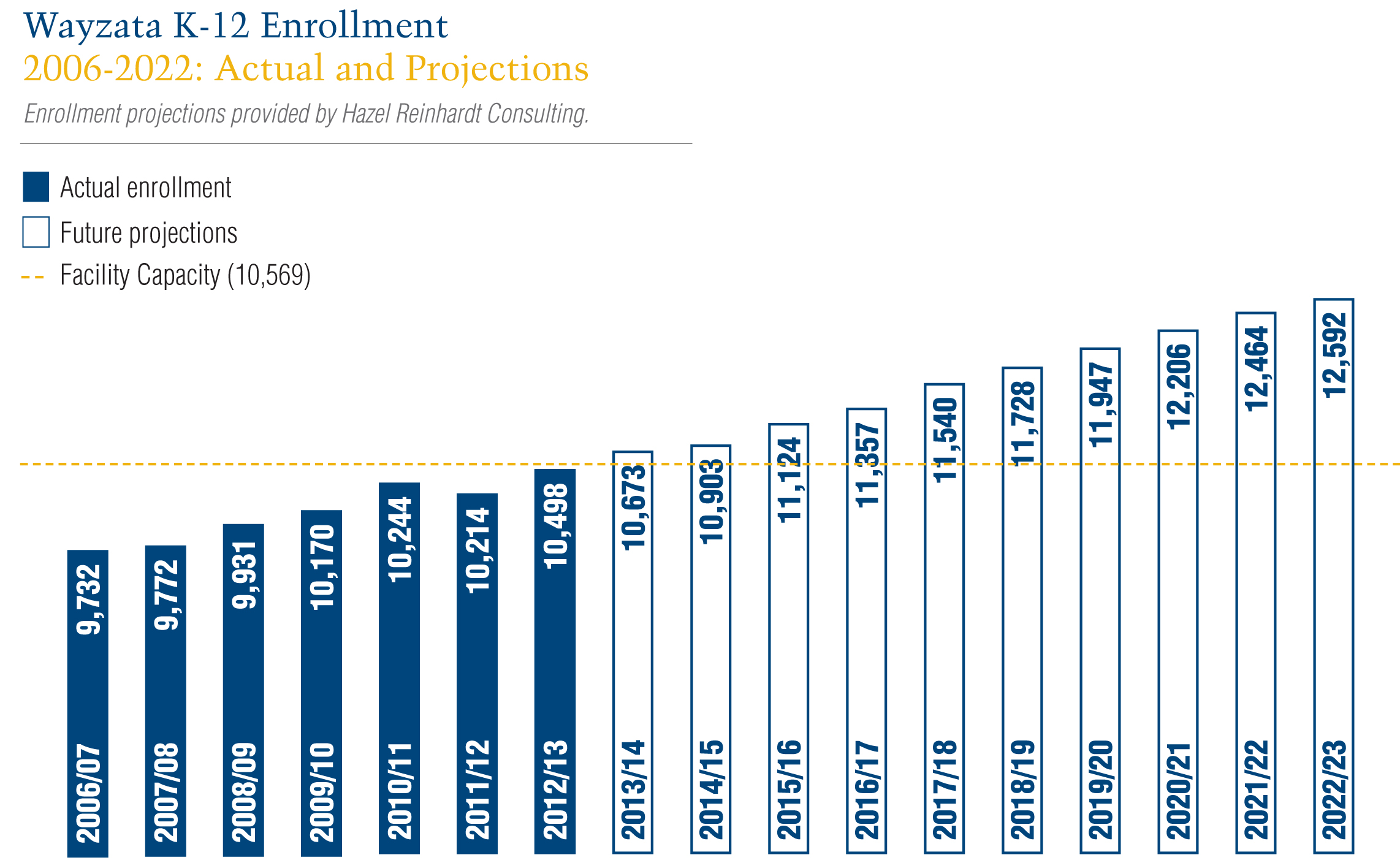 The School Board began a comprehensive facilities planning process in 2010 with a 3-phase approach. Higher than expected enrollment projections and the state's recent decision to fund all-day Kindergarten starting in 2014 added new pressures to the planning process already underway.

School Board Actions to Address Growth

This page provides information for taxpayers of the Wayzata Public Schools regarding how the district's proposed bond referendum will affect their property taxes.

In-person absentee voting starts on Friday, January 10 at City of Plymouth Offices (3400 Plymouth Boulevard, Plymouth, Minn., Google map). You may cast an absentee ballot if you are unable to vote in person on election day because you are: absent from precinct; ill or have a disability; observing a religious discipline or religious holiday; serving as an election judge in another precinct; prevented by an eligible emergency declared by the governor or quarantine declared by federal or state government.

Any eligible voter residing in the school district may vote at said election at the combined polling place designated above for the precinct in which he or she resides. The polls for said election will be opened at 7:00 o’clock a.m. and will close at 8:00 o’clock p.m. on the date of said election.

A voter must be registered to vote to be eligible to vote in this election. An unregistered individual may register to vote at the combined polling place on election day. 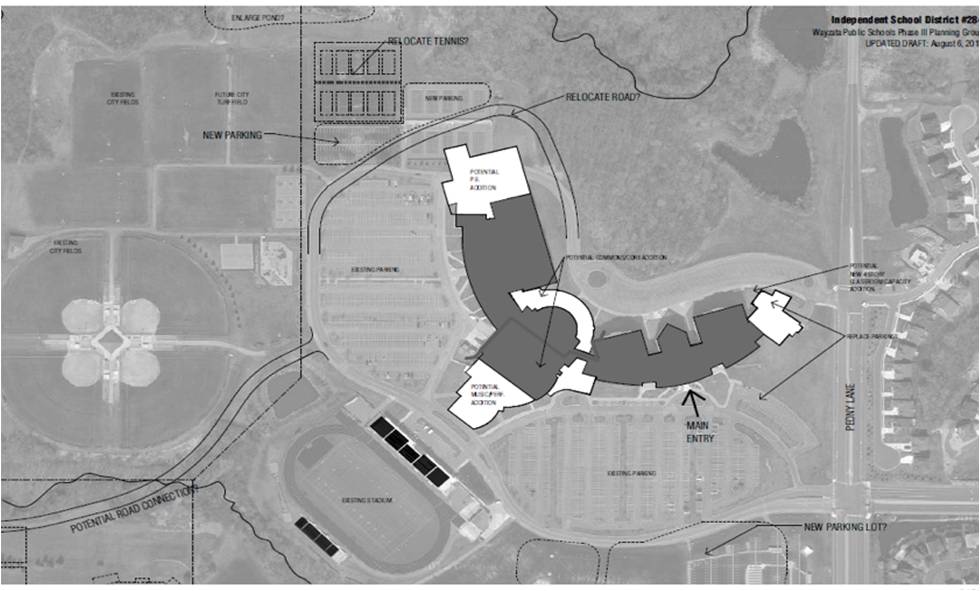